Badminton involves the use of a 5 foot net, lightweight rackets, and a shuttlecock. It can be played by individuals or paired teams either indoors or outdoors. 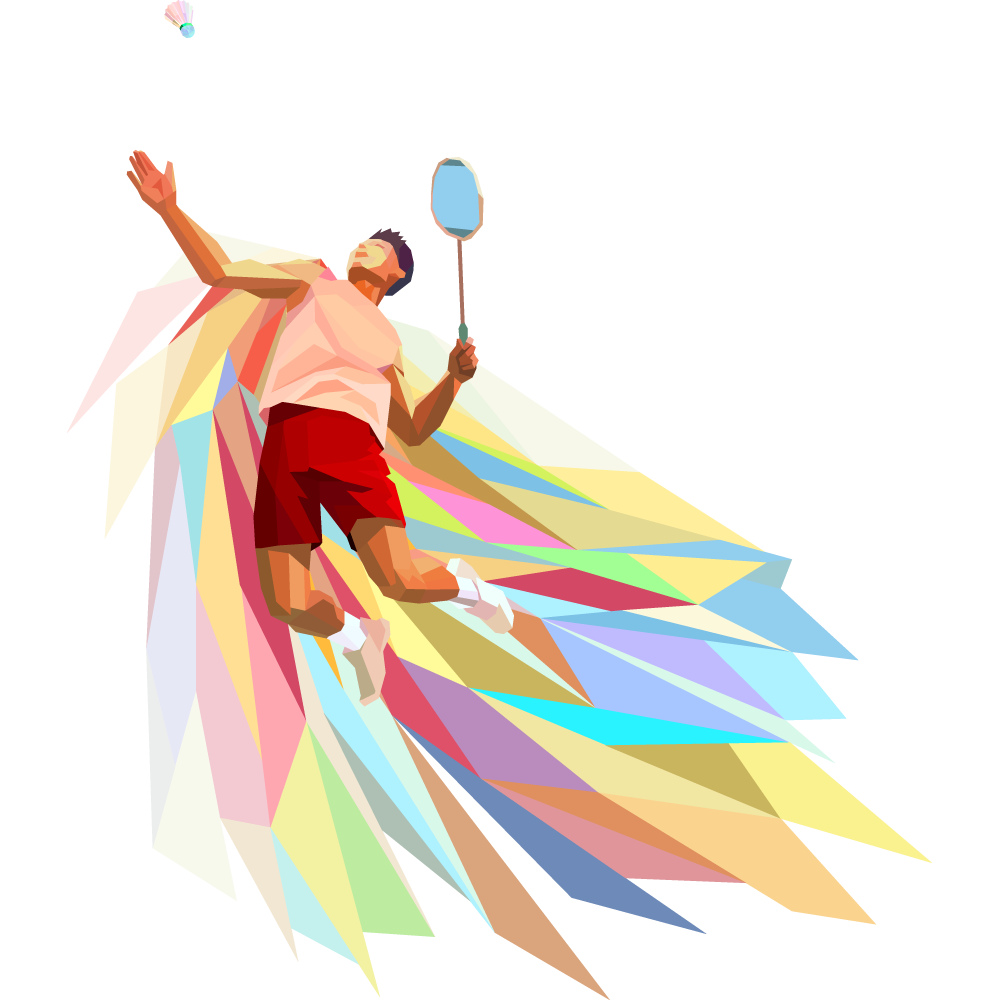 Badminton came be traced back over 2000 years ago to games the ancient Greeks played. The modern game of badminton began in 1870 when guests at Duke of Beaufort’s Badminton House in Gloucestershire played it at a lawn party. Badminton developed from a children’s game known as battledore and shuttlecock in which players batted a cork filled with feathers back and forth in the air using paddles, the idea being to keep it in the air the longest period of time possible.
The first official set of rules for the game of Badminton was published in 1893 by the Badminton Association of England. By 1934 there was a league of nine countries belonging to what was known as the International Badminton Federation (IBF). Badminton started in the US in 1878 with the American Badminton Association being formed in 1936 and the US joining the IBF in 1938. In 1978 the official changed its name to the U.S. Badminton Association.

The first men’s Thomas Cup matches were held in 1948-1949. The first women’s tournament, the Uber Cup, followed in1956-1957. Since then other competitions have been added including tournaments for mixed teams and juniors and The World Cup. Badminton became an official Olympic sport in 1992. More about the history of Badminton.

What started as a lawn party game has become a fiercely competitive sport for professionals playing for money. The sport is getting more popular and the IBF which started with only nine members has now over 150 members. Interest in this sport aroused across all media channels. In order to facilitate the coverage, Badminton World Federation announced the official badminton live streaming and video on demand channel. At the moment, Asian and Scandinavian countries dominate competitions with badminton being second in popularity only to soccer in these countries. Among others, Lin Dan (or Super Dan), who was two-time Olympic champion and five-time world champion, is considered to be the greatest badminton singles player of all time. In fact he became the first and only player to win all nine major titles in the badminton world. With increasing coverage badminton can look forward to a bright future!

Badminton Top Players
Among the many players in any sport only an elite few can truly be considered the cream of the crop. Badminton is no different, so today we will take a minute to look at the best in this Olympic class sport.

Badminton Tournaments
In 1992 Badminton made it’s first historic appearance at the Olympic games, and while many consider this the ultimate prize in Badminton tournaments, there are several that hold more importance than the gold medal games.

History of Badminton
The game of Badminton has a very interesting history dating back to 18th century India where it evolved from two childrens games, battledore and shuttlecock. In these games, a shuttlecock was kept in volley across a line using small rackets.